The Latest News and Insights 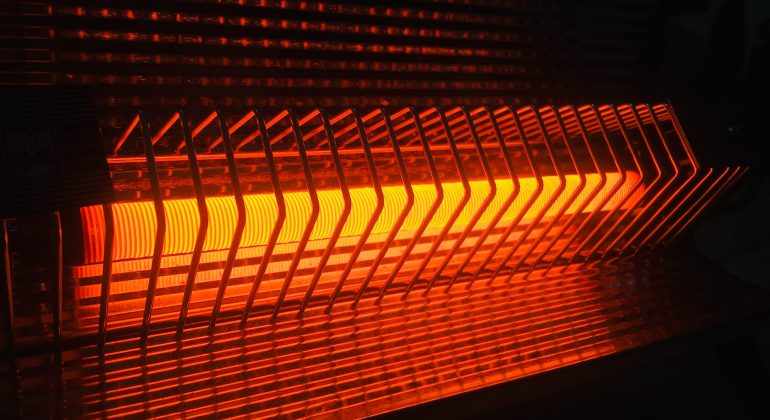 Do’s and Don’ts of Space Heaters

As winter get colder, the spaces that were heated sufficiently by normal building heating sources, can become colder as well.  An easy fix for most, is to plug in an old-fashioned space heater to supplement that drafty air.  While this may seem like a simple fix, several things should be considered before cranking up the dial on that jet powered heater.

First, space heaters draw a considerable amount of power. A normal 1500-watt space heater will draw 12.5 amps when turned on HIGH, and if you are plugging into a 15-amp circuit in your house, you are close to that circuit threshold.  If other items are plugged into that same circuit, you are adding more load, feasibly resulting in overloading the circuit.  Where this becomes particularly dangerous is in older homes with older wiring.  This wiring can possibly be frayed or damaged over the years, have loose connections along the circuit, or have oversized overcurrent protection (i.e., 20/30 fuse or circuit breaker on 15-amp rated wire).

Another concern is when space heating equipment is plugged into power strip cords.  Most of the time, these strips are old, have worn out receptacles, and have low wattage ratings.  When combined with space heaters and other equipment all plugged into one power strip source, you are creating an overload potential and the possibility for failure inside the power strip.

Other obvious considerations are the physical placement of a heater inside your house.  It should always be placed at least 3’ from any combustible material.  The NFPA reported in 2018 that heating equipment is the second-leading cause of U.S. home fires and the third-leading cause of home fire deaths. More than half (53 percent) of all home heating fire deaths resulted from fires that began when space heating equipment was too close to things that can burn, such as upholstered furniture, clothing, mattresses, or bedding.

So, what are some electrical considerations when using space heaters?

Heat ITC Safety SEIA Solar Space Heaters Tax Credit Winter Heating
© 2021 Benson Electric Company | All Rights Reserved. | Privay Policy | website designed by Pearson & von Elbe Advertising
We use cookies on our website to give you the most relevant experience by remembering your preferences and repeat visits. By clicking “Accept”, you consent to the use of all the cookies.
Do not sell my personal information.
Cookie SettingsAccept
Manage consent

This website uses cookies to improve your experience while you navigate through the website. Out of these, the cookies that are categorized as necessary are stored on your browser as they are essential for the working of basic functionalities of the website. We also use third-party cookies that help us analyze and understand how you use this website. These cookies will be stored in your browser only with your consent. You also have the option to opt-out of these cookies. But opting out of some of these cookies may affect your browsing experience.
Necessary Always Enabled
Necessary cookies are absolutely essential for the website to function properly. These cookies ensure basic functionalities and security features of the website, anonymously.
Functional
Functional cookies help to perform certain functionalities like sharing the content of the website on social media platforms, collect feedbacks, and other third-party features.
Performance
Performance cookies are used to understand and analyze the key performance indexes of the website which helps in delivering a better user experience for the visitors.
Analytics
Analytical cookies are used to understand how visitors interact with the website. These cookies help provide information on metrics the number of visitors, bounce rate, traffic source, etc.
Advertisement
Advertisement cookies are used to provide visitors with relevant ads and marketing campaigns. These cookies track visitors across websites and collect information to provide customized ads.
Others
Other uncategorized cookies are those that are being analyzed and have not been classified into a category as yet.
SAVE & ACCEPT
Skip to content